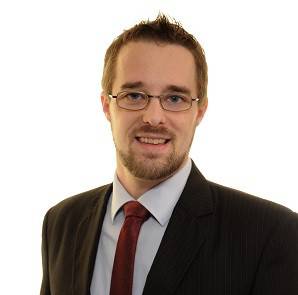 African Airports have the potential to improve their environmental efficiency, to save energy and realize financial gains whilst at the same time reducing their emissions of greenhouse gases, thereby demonstrating their efforts and willingness to contribute to addressing one of the biggest challenges faced by mankind: limiting their impact on the changing climate through efficient carbon emissions reduction measures. The Airport Council International of Europe provide airports with the Airport Carbon Accreditation, a structured system to reward airports following the realization of measures to map, reduce, optimize and compensate their carbon emissions.


The programme Airport Carbon Accreditation (ACA) was launched by the Airport Council International (ACI) Europe in June 2009. The objectives of the programme are to promote and support the implementation of best practices for Green House Gases (GHG) and energy management at airports, in particular through an improved collaboration between the stakeholders present on a platform. The programme provides a harmonized framework for the estimate and management of GHG emissions at airports. It was expanded to ACI Asia Pacific in November 2011, ACI Africa in June 2013, ACI North America in September 2014 and ACI Latin America in November 2014.

During its first year, a total of 17 airports joined the programme. According to the latest ACA Annual Report covering the sixth years of the programme 2014-2015, a total of 125 airports in five continents and over 40 countries across the world were accredited, covering a total of 1.7 billion passengers a year which represent a share of 27.5% of the global air passenger traffic. A recent press release from ACI indicates that 157 airports are certified under ACA, covering 33% of air passengers worldwide. At the time of the writing of this article, the distribution of 157 accredited airports in the various ACI regions was as follows: Figure 1: More and more airports became ACA accredited since the programme launch in 2009.

Various independent bodies provide key support in the verification of greenhouse gases emissions report under mandatory schemes (such as the EU Emissions Trading Scheme) as well as voluntary programmes such as ACI Europe’s Airport Carbon Accreditation, thus helping to simplify airports’ task of undergoing the ACA Programme. During the year 2015, for instance, Verifavia conducted audits for 25 airports in Europe, Africa, Asia-Pacific and North America.

Particularly, Libreville and Abidjan international airports became ACA accredited following an independent carbon emissions verification audit performed by Verifavia, which, like other bodies, has committed to providing ready support and clarifications to African airports regarding the ACA programme.


The ACA programme is composed of four levels of accreditation with increasing scope (i.e. covering more sources of emissions including the ones under the responsibility of external parties) and more demanding requirements in terms of improved carbon performances. The Levels 1 and 2 focus on the emissions under the direct control of the airport (Scope 1 and Scope 2 emissions according to the GHG Protocol definitions of the United Nations Framework Climate Change Convention UNFCCC) whilst the Levels 3 and 3+ expand this scope to include all the emissions from third parties on the platform that an airport can only guide or influence (i.e. caused by external companies but also passengers travelling to and from the airport):
The information and data submitted by airports under the four levels of the accreditation must be independently verified by an accredited body following the ISO 14064 standard, the ACA rules and the GHG Protocol.


The benefits gained by an airport participating in the programme can range from improved energy and operational efficiencies (and thus reduced operating costs), to a stronger engagement of the various stakeholders towards better performance, including a better recognition of its efforts in reducing GHG emissions by the general public, as well as excellent communication opportunities.

The ACA programme was designed by airports for airports, and is aligned with the developments seen in the recent years that resulted in the increasing pressure on all industries to limit their impacts on climate change by reducing their GHG emissions as well as improving the subsequent monitoring and reporting (reflected for example by the new standards ISO 50001 on energy management or ISO 26000 on Corporate and Social Responsibilities).

Airports participating in the programme have used a large basket of reduction measures. Typical actions may include a better energy usage through the purchase of lighting system (using LEDs) and a better insulation of buildings, the deployment of fixed electrical power supply at gates (400 Hz) to avoid the use of aircraft’s Auxiliary Power Units (APU), facilitating the usage of innovative taxiing techniques (reduced engine taxiing, Electrical Green Taxing Sytem, TaxiBot), or implementing climate friendly ground transportation.


African Outlook: A Promising Trend Ahead


The reduction of GHG emissions in Africa is a topic of increasing concern as a consequence of the climate change risks faced by many African populations and economies. Airports have a role to play to address this challenge. In the last months, a large number of African airports have expressed their interest and started preparation for the ACA programme, for instance, in Egypt, Morocco, Nigeria, Cameroon, South Africa, Tunisia, etc.

The increasing commitment among African airports to improving environmental efficiency, perhaps, is demonstrated by the comments of the managers of Abidjan – Houphouët Boigny International Airport.

“AERIA, manager of Houphouët Boigny International Airport, is one of the main actors of the development of Ivory Coast and West Africa, and as such must be both exemplary and ambitious in terms of reducing its environmental impact. AERIA committed itself to prevent and limit the environmental consequences of its airport’s activities through the evaluation and reduction of its atmospheric emissions.

Abidjan’s International FHB launched its carbon footprint approach last year and became ACA accredited in October 2015. The objective of AERIA is to become carbon neutral by first reducing as much as possible its emissions through energy savings and improved efficiency, and by then compensating the remainder emission through investments in projects aiming at reducing GHG emissions.”

Furthermore, Libreville’s Leon M’Ba International Airport management speaks positively on carbon impact reduction initiative at the airport, saying: “The airport of Libreville is very proud to be amongst the first airports accredited in Africa. Based on the easy-to-use ACERT solution, our team easily estimated the carbon footprint of the airport. The verification process conducted by Verifavia was both flawless and professional. The accession to the Level 1 "Mapping" allowed identifying the prominent sources of emissions on the platform, and a reflection on the most pertinent reduction actions taking also into consideration the subsequent operational and financial gains.”

It is worth noting that ACI Europe provides free of charge to airports a simple carbon spreadsheet, the Airport Carbon and Emissions Reporting Tool (ACERT) upon request by email at ACERT@aci.aero. The ACERT system is very easy-to-use: it allows an airport to build its carbon footprint on the basis of simple operational data, readily available and straightforward to collect, thereby reducing greatly the compliance costs to the programme for airports without a dedicated environmental team.

More airports in Africa are expected to embrace the ACA programme as a positive contribution to the thrust of aviation industry globally to incrementally reduce the overall impact of aviation activities on the environment which is one of the key issues in aviation industry today, besides safety and security.

Download article in PDF (French)
Back to all Verifavia News